Love on the Other Side of the Lens – Ring Shopping!

Doug and I had previously been ring shopping one or two other times and about three years before he finally decided the timing was right!  We were together for eight years before he asked me to marry him.  I am a very patient lady! 🙂  We realized after several years of being together, that to some extent, photographing weddings every weekend really made us question whether we were right for each other.  Think about it, we were always seeing people on one of the happiest days of their lives.  They ride a certain high all day, they look incredibly happy, and so in love.  Now think about every day life….it’s not always so glamourous.  After awhile, we began to realize we were completely normal, and our love was actually quite wonderful.

Fast forward to the real ring shopping day.  I got all dolled up; I was so excited and nervous at the same time.  I didn’t want to know exactly what ring Doug would buy, because I did want to be surprised.  I did want us to look together though to see what I liked since I would be wearing it for the rest of my life.  And a good friend of mine told me it was a lot of fun to play with diamonds!  She was definitely right!  When we started the day I thought that I was looking for something very similar to the ring below.  I wanted something different — I didn’t want to photograph a ring so similar to mine at a wedding two months later.  I love the vintage appeal to this ring, and I’ve always thought of myself as having fat fingers, so figured something of this shape would look good.  Since then, I’ve learned I have “candlestick” shaped fingers.  You learn all kinds of things!  We were quickly educated on the four c’s of finding a ring — cut, clarity, color, and carat.  Basically, we decided we wanted a good quality diamond with minor imperfections.  Once it reached the point where the ratings could not be seen by the human eye, we weren’t as concerned.

We went to about six different jewelers that day.  I remember our first stop was Ramsey’s.  They had a ring similar to the one below that I really liked.  Ramsey’s has many rings though, so we kept looking.  Right before we were about to move on, I noticed a differently shaped ring that was similar to my birthstone ring I normally wear on my left hand.  As soon as I put the ring on, it just felt comfortable, and it looked good on my candlesticks.  It was totally different than the ring below.  It had a round cut center stone and something of two pear-shaped diamonds on the side, so it tapered down.

Moving on to the next stop I now had another shape very much in mind.  Our next stop was Aucoin Hart.  We had heard several comments about the places on our list that we would be visiting, and not all had been favorable for Aucoin Hart.  However, without a shadow of a doubt — this is where we received the best education about the 4 C’s, and where we ultimately received the best customer service.  Luckily, there were a couple of rings similar in shape to the one I had just found.  Doug and I really liked them both.  Crazy as it is ladies — they had the different size diamonds out, trying them in the hollow ring forms for me — I actually preferred the smaller diamond for my main stone!!  I know it sounds absurd, but the full carat just looked a little too big.  Maybe someday I’ll change my mind, but I think Doug realized I was definitely a keeper in that moment!!

At the end of the day we kept thinking back to the rings at Aucoin Hart.  At that point though, Doug was on his own to make the final decisions.  And now he’s up to let you in on the agonizing decisions involved in customizing a ring!  ……Doug…..

Well, I must say that I’m certainly glad we took an entire day to shop for rings and that I didn’t try to surprise her prior to that day, because I obviously would’ve chosen the wrong style of ring! As one could imagine it was a very exciting day for CheyAnne, but a very nerve-racking day for myself. Like she said, it’s going to be something she wears for the rest of her life, so no pressure right! On top of making sure that I choose the right ring, us guys are constantly racking our brains trying to think of how we’re going to present the ring and pop the question. Then of course there’s always the worrying about cost, and I was hoping that whole “2 month’s salary” could be retro-active to when we started dating 🙂

As CheyAnne said, after visiting several stores, Aucoin Hart (AH) far surpassed our experiences at the other locations. Their radio commercials are nothing short of being true, as I really did feel like a ring designer once the process was complete. One of the toughest parts about the whole process for me was finding time to make it to their store without tipping off CheyAnne to what I was up to. We live together, work together, play together, so we can pretty much account for each other’s whereabouts every second of the day. There was one time when she called and I was at AH and had to quickly run outside, get in my car and start it, then answer so she wouldn’t be the wiser.

Because we couldn’t find exactly what she wanted, we combined elements of two rings to create her perfect gem. My salesperson at AH, Luis, first sketched on paper what I was describing, and you would think he was a part-time artist! From there, the main designer created a 3D rendering of it on the computer, but I forgot to mention one little detail to Luis…..don’t call me at work with questions because my fiancee works about 5 ft. away from me!  So after grunting a series of yes and no answers, it was strictly email after that. Once the renderings were adjusted to my liking, they made a wax cast of the ring so I could physically see what the ring would be like, and it was pretty cool to see my vision of her ring slowly coming to life. After seeing the wax cast it was time to give the ok to start making the ring, and that’s where things got tough for me. I really wanted to surprise with her at least one element in the ring that she wasn’t expecting, and that was to incorporate a fleur de lis somewhere. I was so torn about how and where to put them on the ring and how they would ultimately look, esp. once a band was added, that I even called her best friend Nicole asking what to do, sounding like a crazed man (in love). I finally settled on how to handle the fleur de lis, and after all the agonizing, once I gave her the ring it took me 20 minutes to remember to tell her about them and she hadn’t noticed them until I pointed them out!

Now that the ring was designed and in production, I still had the issue of how/when to pick it up and where to keep it. It was going to be ready either just before we flew to Ky. to visit her family for Christmas, or right upon her return. I obviously can’t pick it up with her in the car, so I came up with idea of shipping it to Nicole in Alabama which worked out perfectly since her and her husband were going to be driving down for the proposal. I’ve never tracked a package so vigilantly, and Nicole said she’s never seen a box packaged so securely! Finally, mission 1 accomplished! Now, to just come up with a way to ask the most incredible woman to spend the rest of her life with me. Again, no pressure 🙂

Below is the ring CheyAnne pretty much thought she was in love with before going shopping.

And this beauty is ultimately what was perfect for me. My honey did a fabulous job!! 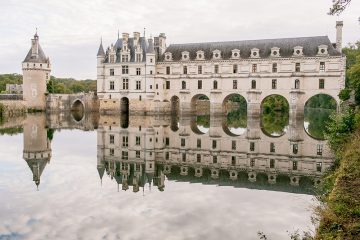