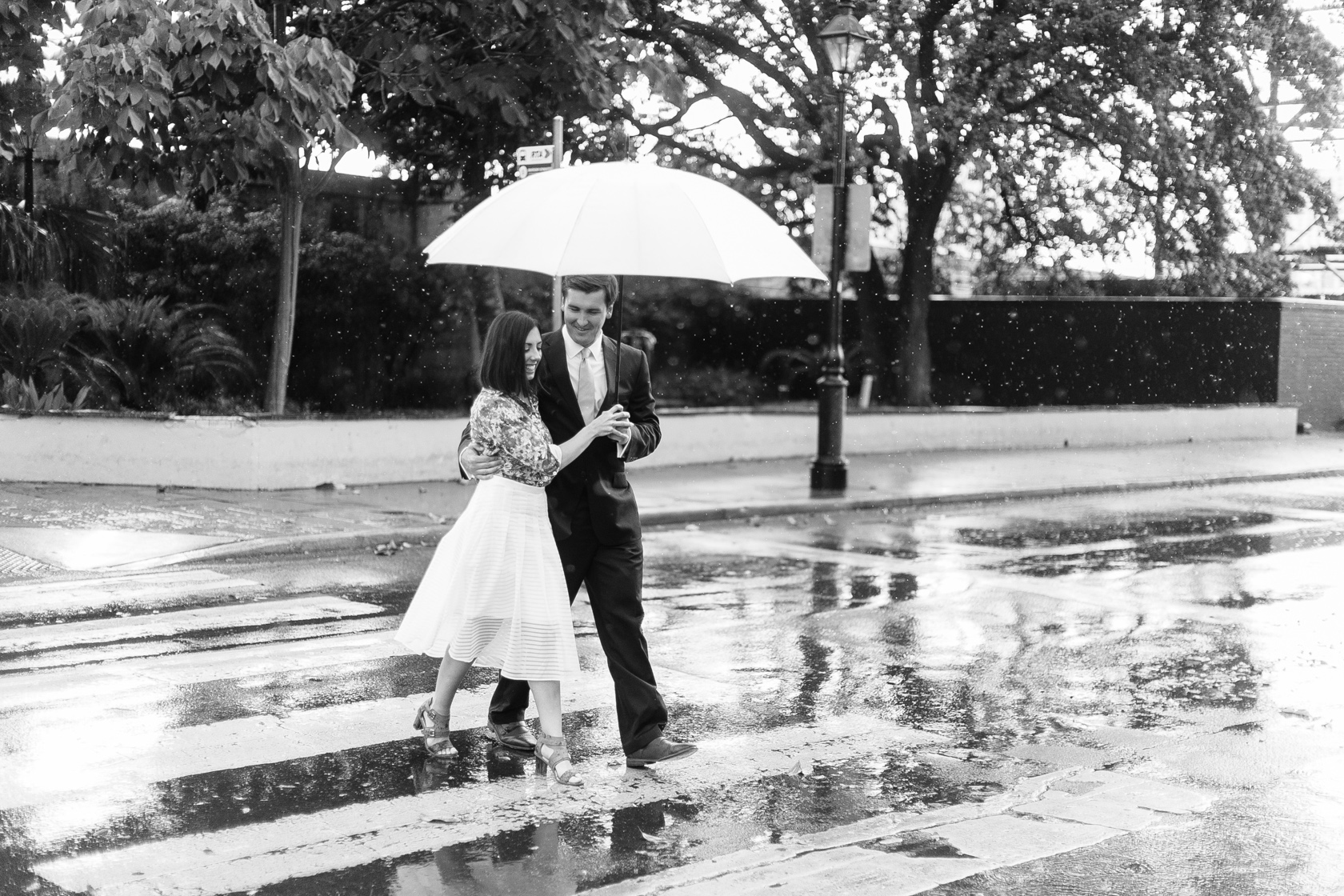 Rainy day engagement photos can be awesome, or miserable!  It’s really all about your mind frame going into the session.  For the most part, we generally try to reschedule if the weather looks to be unfavorable, but we get a lot of destination couples, so sometimes it’s not possible with their schedules and we have to wing it.  Other times, it’s just a South Louisiana thing, and a storm pops up out of nowhere, which was the case for Samantha and Nolan.  We were all headed downtown when the skies decided to open up, not just drizzling, but pouring cats and dogs.  The radar was covered in green, with no real sight of it letting up.  So we coordinated to park in the same lot, because they were hoping that they had an umbrella in the trunk, and I didn’t want Nolan to get soaked trying to find one, especially when we had two huge ones with us.  Luckily, after us all waiting it out in the cars for 10-15 minutes, it at least became a manageable rain.

We were cracking up at Nolan because he kept taking off too fast with the umbrella and leaving his bride with raindrops hitting her head.  And then Doug would turn around and do the same thing to me!  We had fun working out the umbrella logistics!  I have to say that I really adore these rainy day engagement photos.  They have a very real feeling to them.  I think one of my favorites is the photo where they are crossing the street, and they both simultaneously jump the big puddle.  Too cute!  Twenty minutes or so into the session and we were fortunate enough that the rain stopped completely.

Thanks for being so open to taking a chance, I think you have some fun, unique images because you decided to be adventurous!  Enjoy! 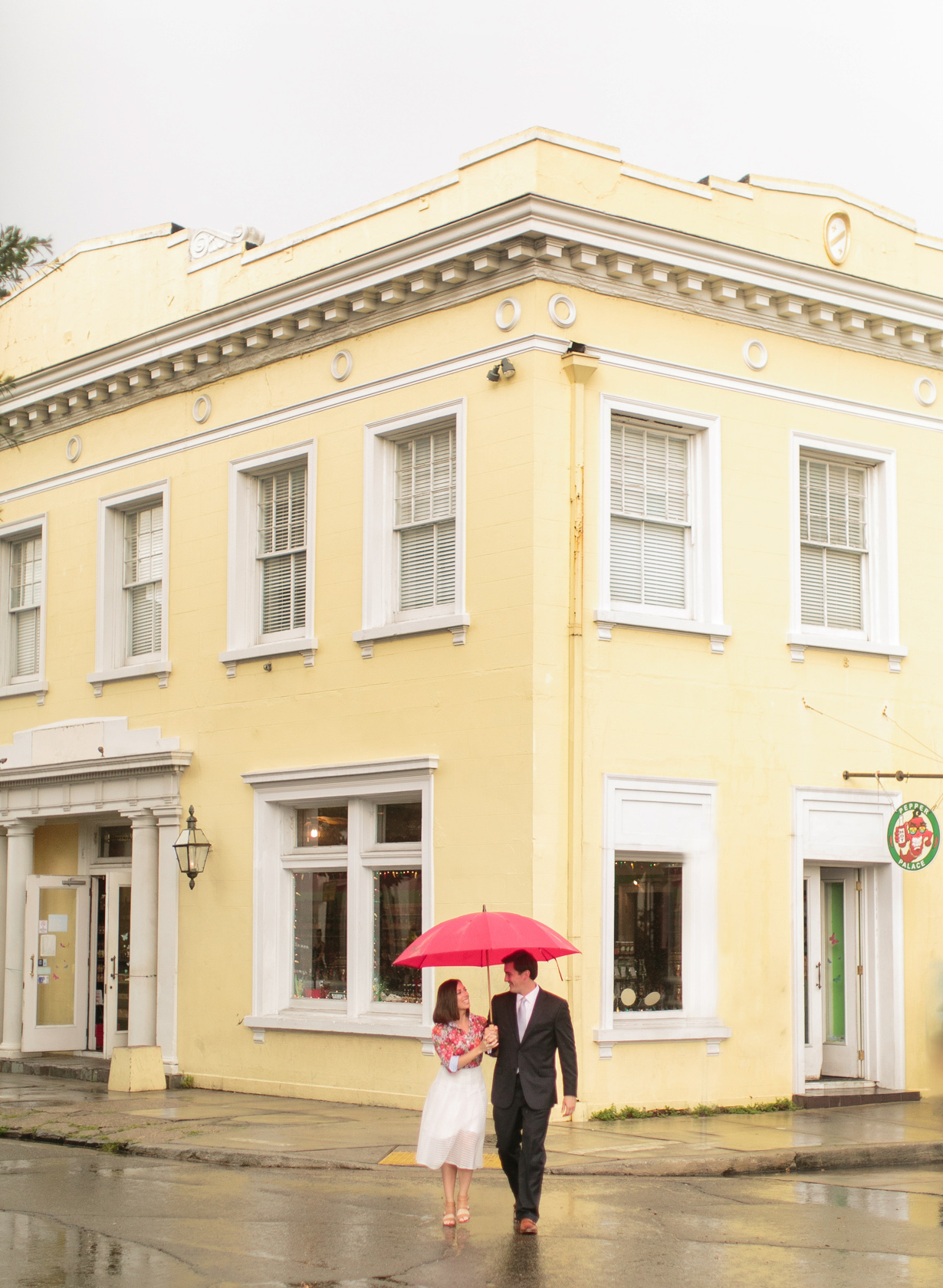 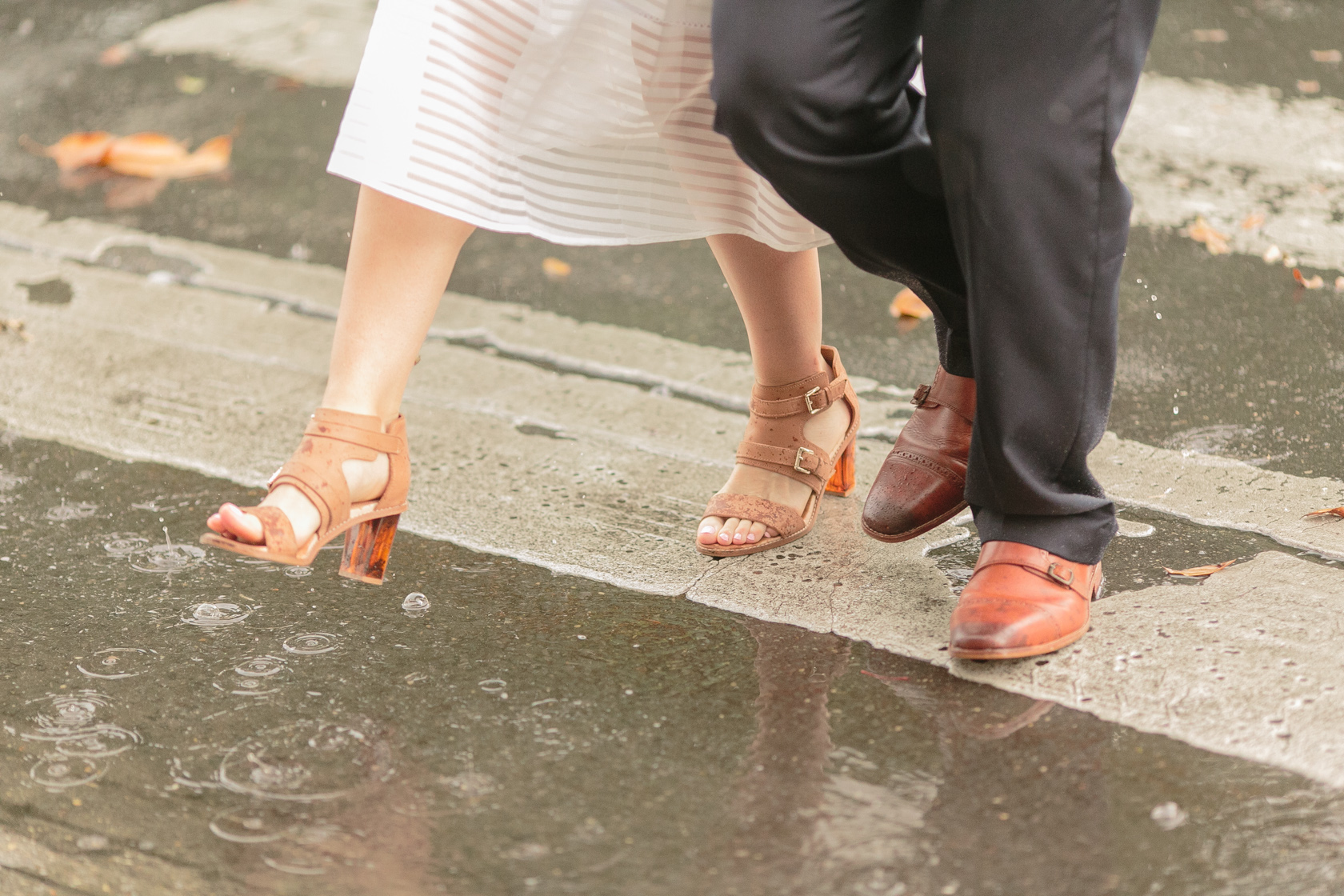 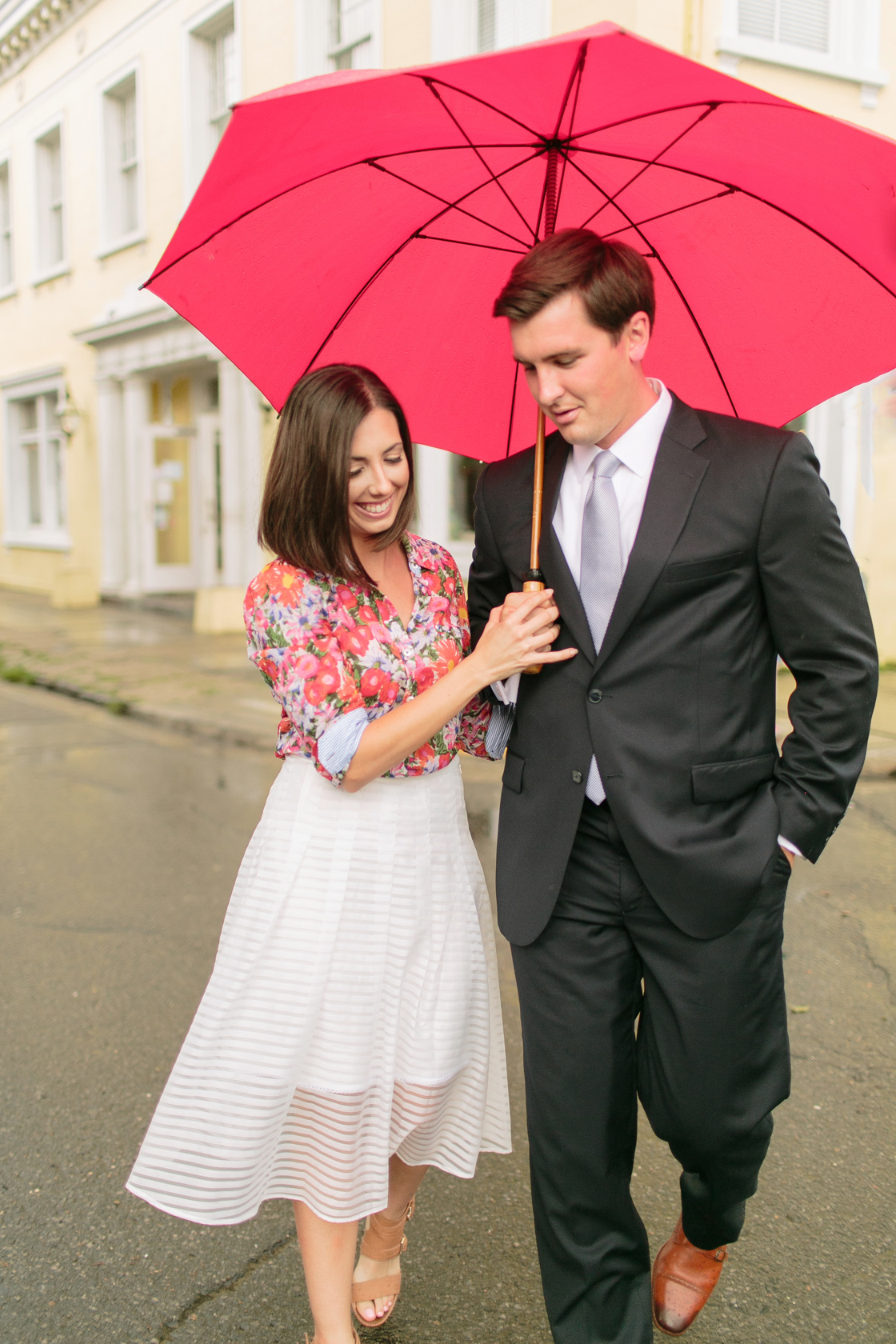 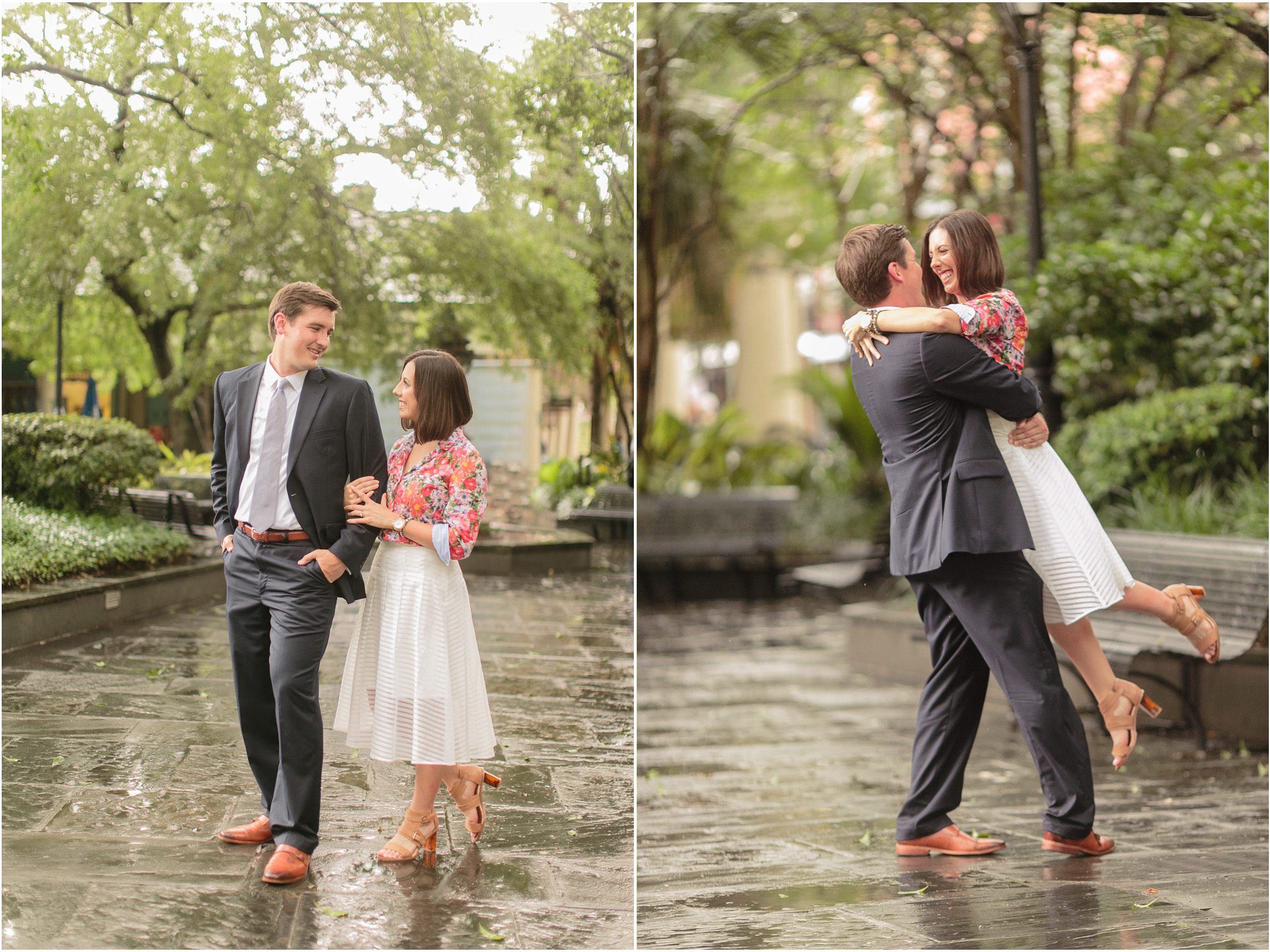 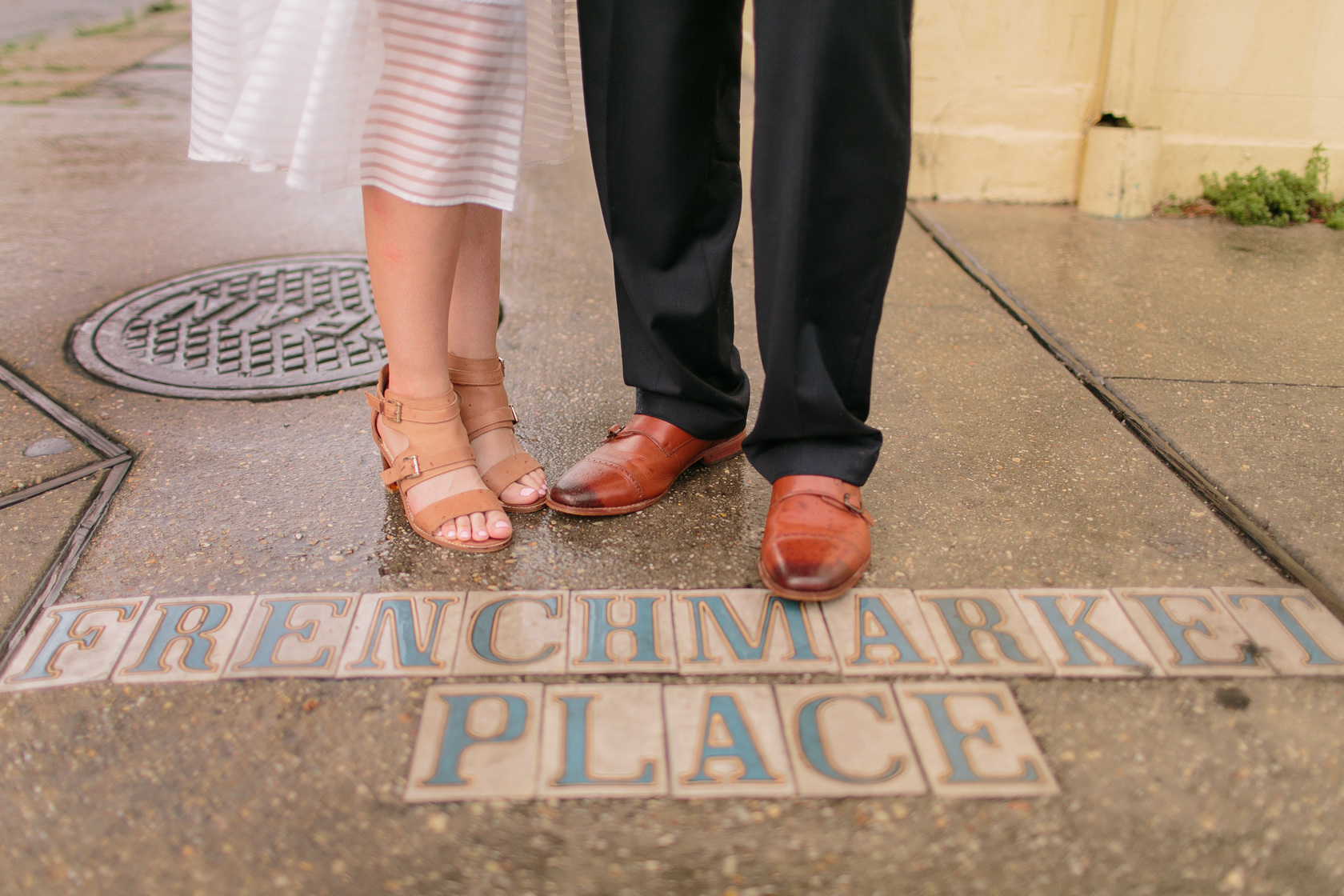 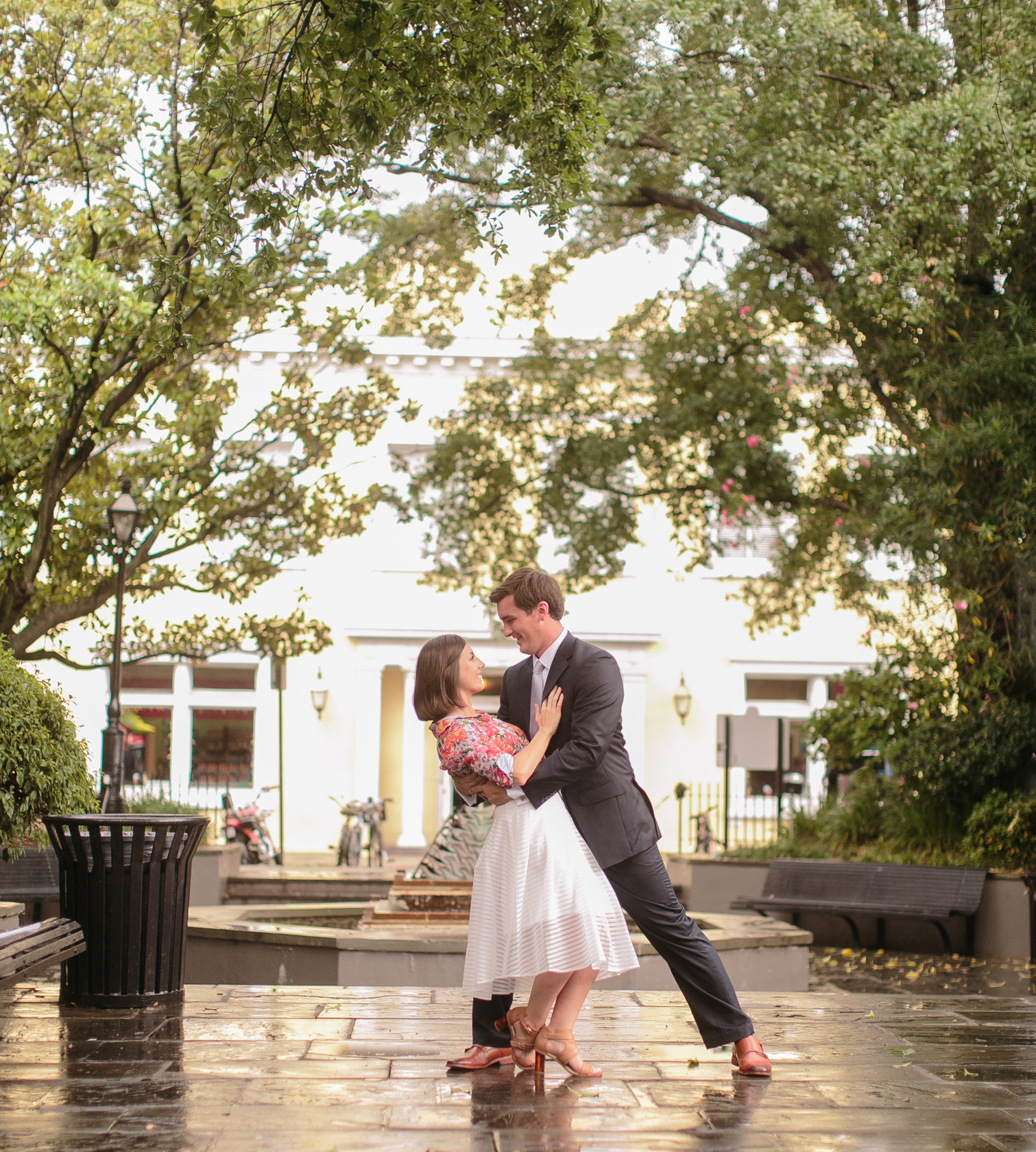 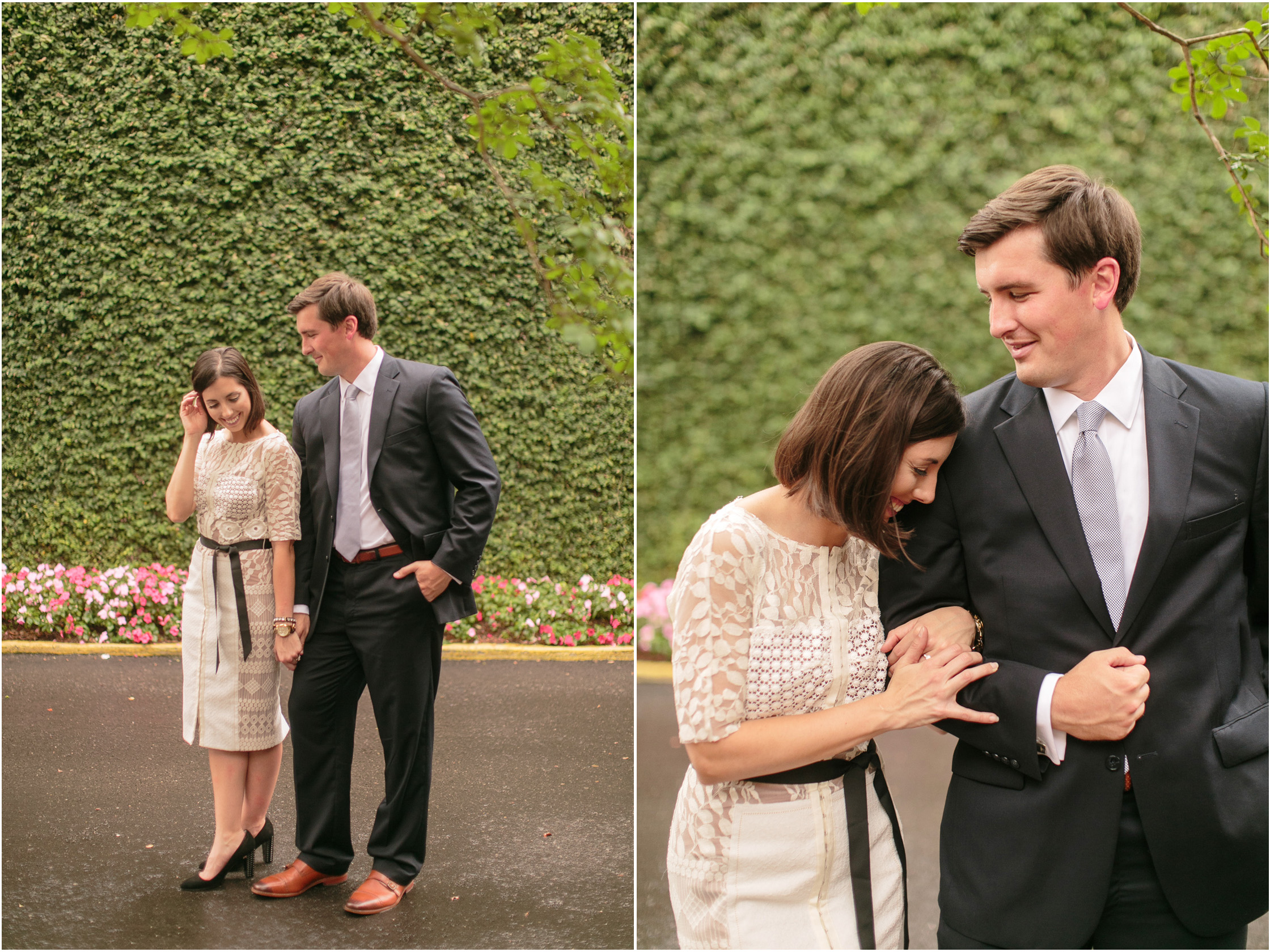 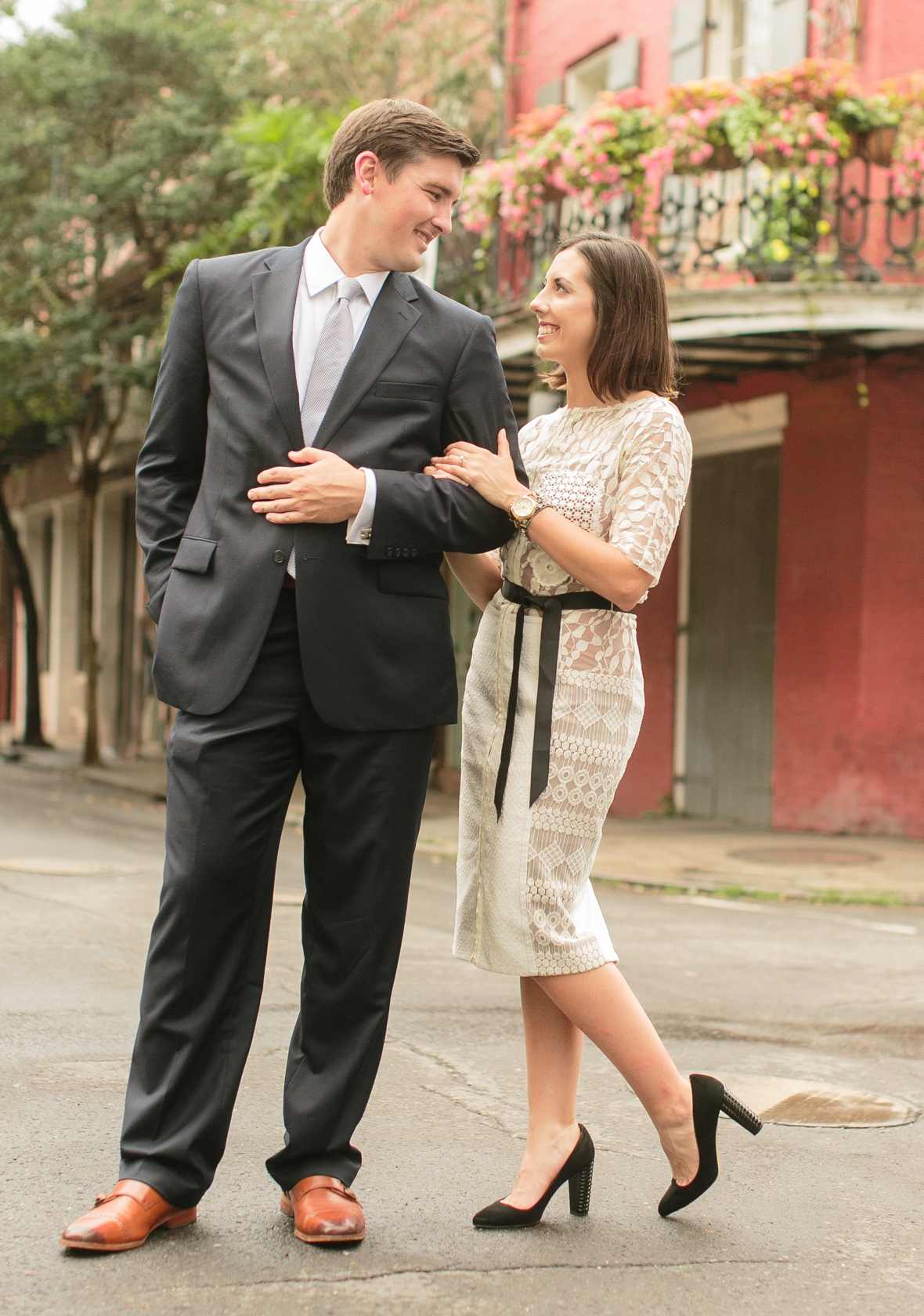 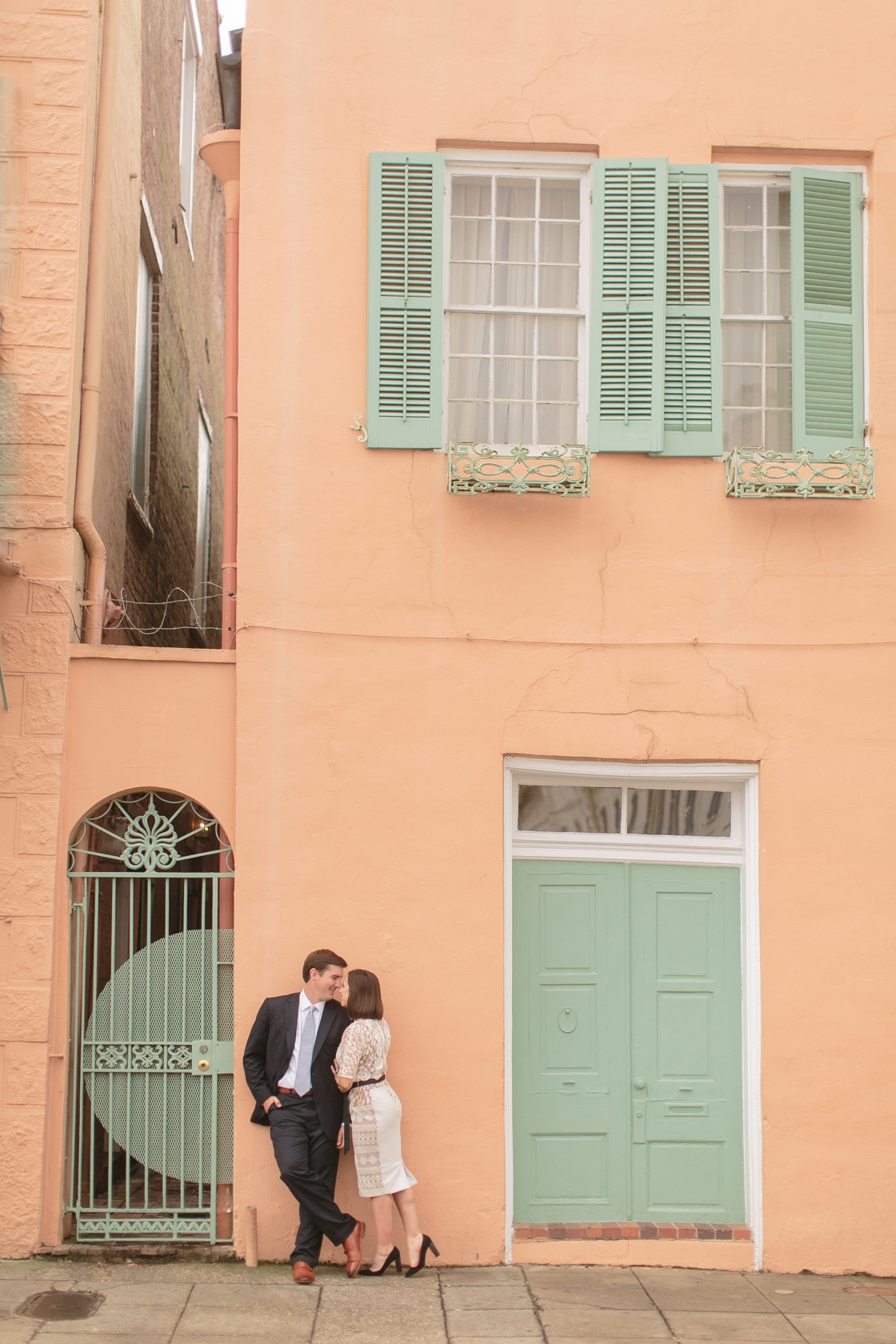 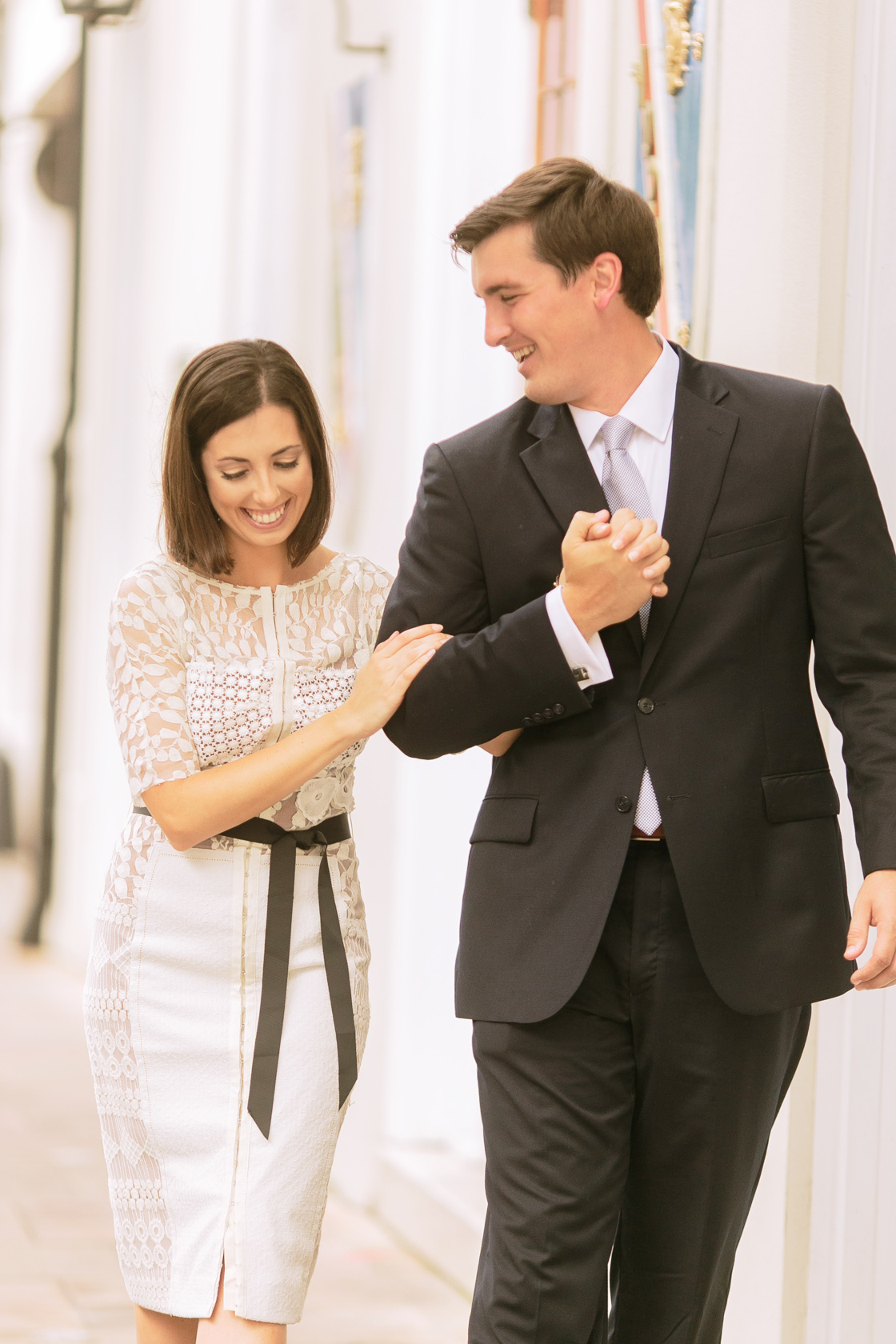 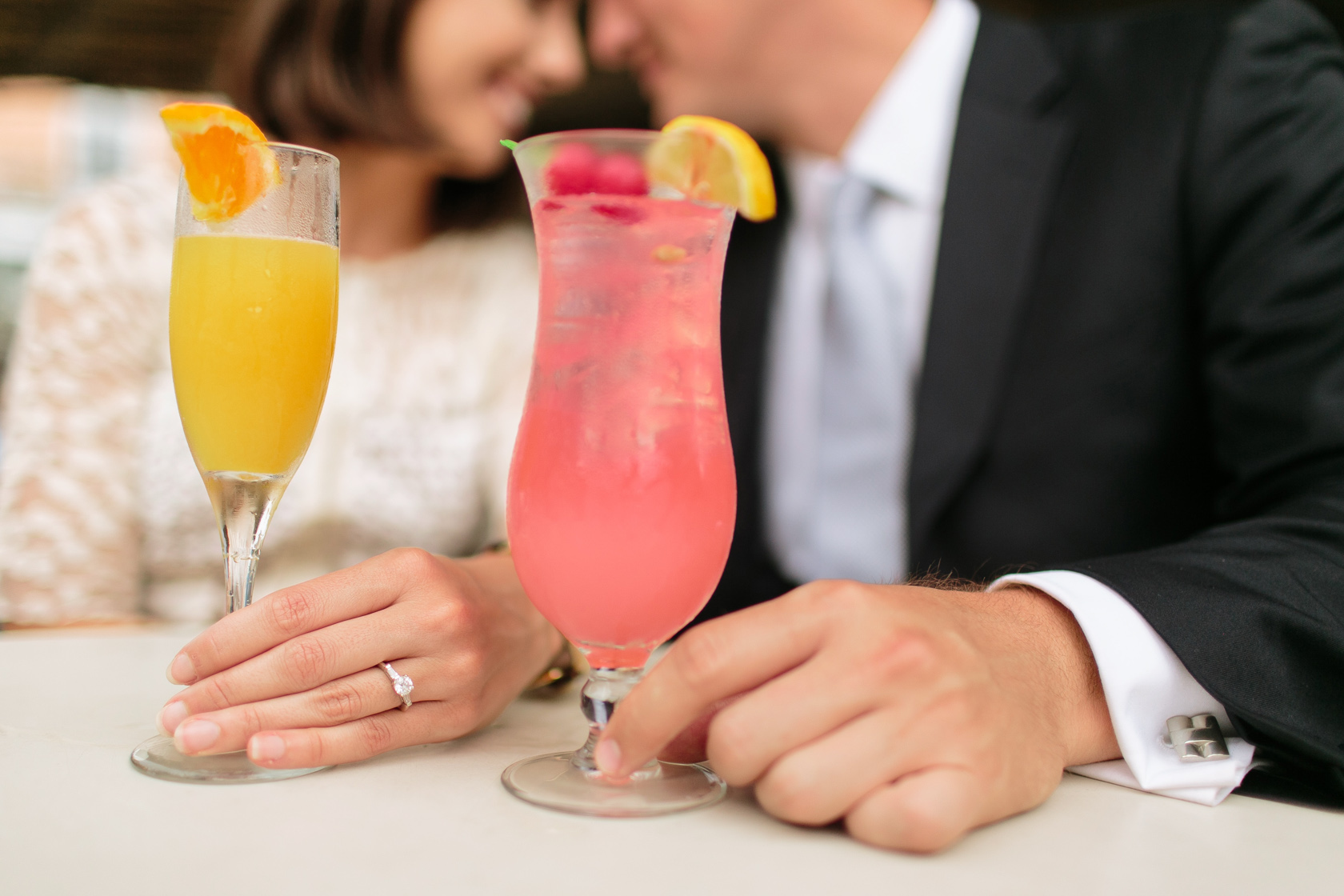 […] If you missed this lovely couple’s rainy day engagement session, check it out here:  https://artedevie.com/rainy-day-engagement-photos-in-the-french-quarter-new-orleans/ […] 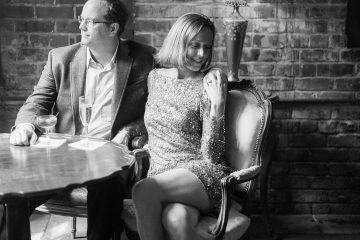 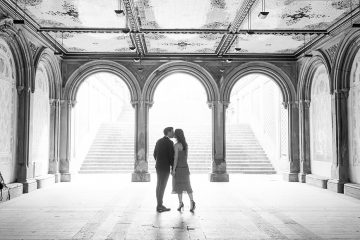 New York City Engagement Photos – The Essence of the City 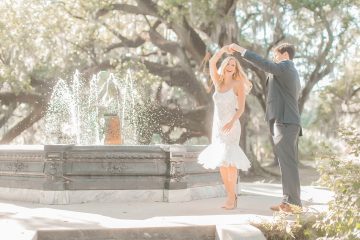 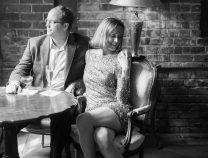 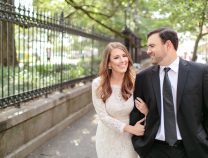